October 17, 2016    “All Things Albert Einstein”
Why did he leave Europe? Why did he settle in Princeton, which was not his original plan?  While he is known for his professional accomplishments and his work in physics made him famous, our speaker, Tim Fagin, also focused on his “humanitarian and civic exploits, his life as a citizen of Princeton and his personal life, as well as his frailty and even his weakness that make him one of the most compelling figures in all of human history.”
Tim Fagin, presenter, came to Princeton when his wife accepted the position of Head of Stuart Country Day School.  Retired from his career in telecommunications – AT&T, Sprint, and KMC Telecom – the Princeton Tour Company offered him an opportunity to learn more about his new community.  Soon he was leading tours for them!  In his talk, Tim shared with us his knowledge of his “favorite historical figure – Albert Einstein.” 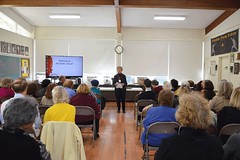 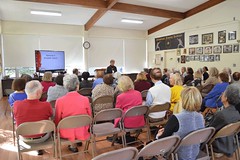 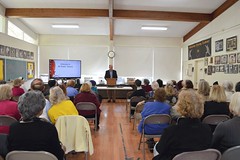 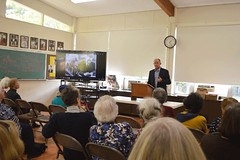 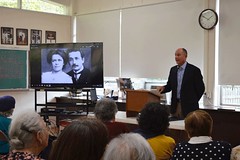 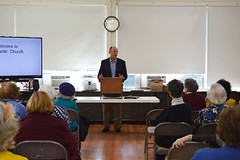 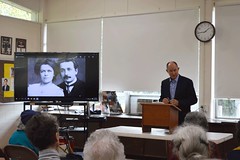 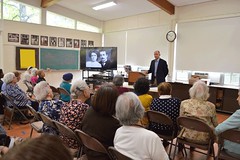 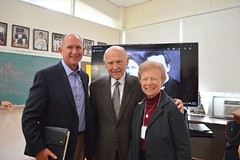 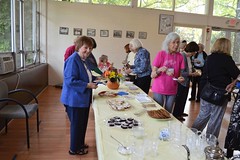 This entry was posted on October 22, 2016 by The Women's College Club of Princeton, NJ in Uncategorized.