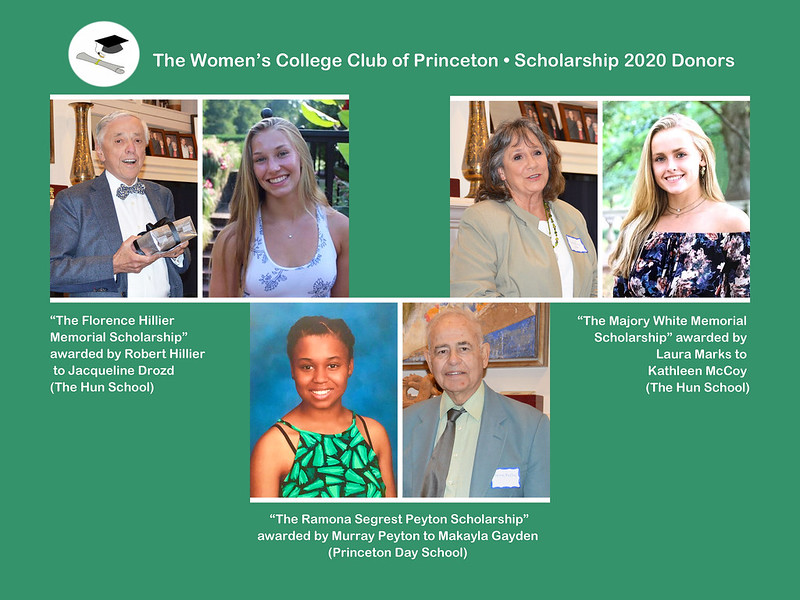 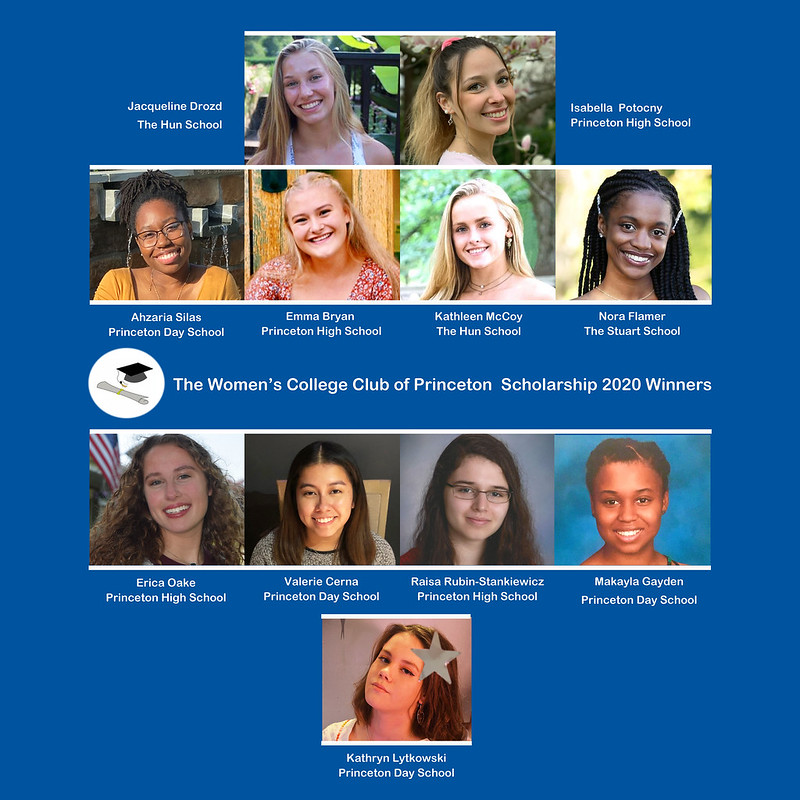 The Scholarship Committee, Alyce Conlon, Elaine Rafferty, Marilyn Shtier and Sandy Stein, met on October 2, 2019 to plan the year.  Elaine Rafferty served as the Chair for this year.  Initial responsibilities were delegated to get started using the punch list prepared by Beverly Kestenis.  Holiday cards were sent to last year’s winners, guidance counselors were informed that the Women’s College Club of Princeton would again be awarding scholarships in 2020, and our gracious hostess Ginny Mason was contacted for a date to hold the Scholarship Tea.  May 12 from 3 to 5 pm was suggested by Ginny.  The Board was informed of the date. One important item the committee added to the application was a request for a separate list of all the applicant’s volunteer activities both in school and in the community.  The committee decided to meet again in January to plan the remainder of the year.

The Committee met on January 10th and laid out the rest of its responsibilities for the year and updated the application form as needed.  “Ask Letters” were sent out on January 13th to J. Robert Hillier, Murray Peyton and Lara Marks (family of Margery White), thanking them for their past support, requesting their support again and extending an invitation to the scholarship tea in May. The Scholarship Committee delivered the scholarship packets to the Guidance Counselors at the four schools on January 22nd requesting that the applications be returned to their offices by March 31st.

THEN THE GLOBAL PANDEMIC HIT!!!

As a result of the pandemic, the Board began to cancel the activities of the Club which initially included the scholarship program.  The Board then reconsidered going forth with the scholarship program and a new direction was taken by the Scholarship Committee.  All communications with the Guidance Counselors and ultimately with the applicants were handled through email. Because of the pandemic, we weren’t going to be interviewing the applicants as was done in past years, ZOOM interviews seemed overwhelming at the time, schools weren’t going to be providing copies of the applications, just sending them via email.  Committee members did a lot of printing with all of the tech problems involved – Google docs, MAC vs pc, older computers and printers and one of my favorites – human error!!  But the committee worked through it and the counselors also did a great job working through these trying times.  As our work progressed, the committee warmed up to a ZOOM meeting for the final discussion.  Nineteen applicants applied, down from the 23-25 that applied the previous year.

The Scholarship Committee met via a Zoom meeting on Thursday, May 14th ,  to select the finalists from the 19 applicants.  At that time, additional funds from the Operating account were found that brought the total funding available to $26,000.  After much discussion, the Committee completed the selection process which awarded scholarships to 11 recipients.  The Committee then discussed how we would honor the winners.  Nora Ananos, the Club’s official photographer, offered to create a picture collage of the winners and donors in a way to capture the excitement and importance of what we do.  Alyce Conlon and Marilyn Shtier prepared the bios of the winners.  Kathy Hutchins invited the scholarship recipients to the June board meeting to introduce them and have them say a few words.  And lastly, we have invited the young ladies to have their pictures taken in front of their school sign with the donors.

This entry was posted on June 8, 2020 by The Women's College Club of Princeton, NJ in Uncategorized.